We have had many requests for a product that would be very dramatic in its appearance, and would be designed to work for Halloween, Christmas, Parties or Patriotic shows. A product that would look cool operating on its own, and/or be a 'wow' addition as part of a larger display. We feel like we have developed just the right combination in our newest product: the Starburst Star!

When working independently we offer the following "packages":

For customers that want the "Starburst Star Package" (with or without the RGB Leaping Arches) we have the following shows/songs programmed specifically for these RGB lighted items: 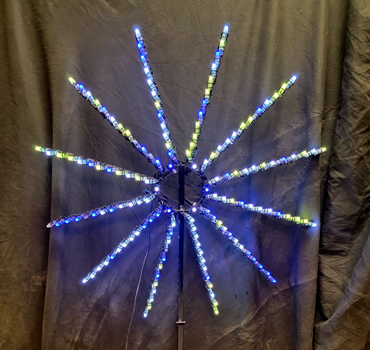 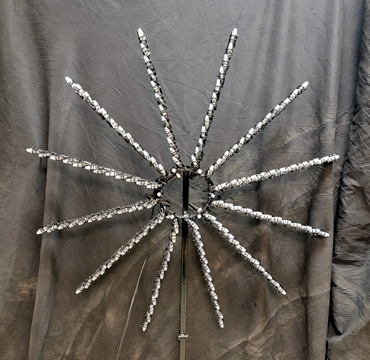