Turning a Car Wash Into a Holiday Destination

Delta Sonic Car Wash is one of the largest chains of car washes in the United States with 28 current locations in New York, Illinois and Pennslyvania. Their senior management is very interested in making their car wash locations into a “destination” (so people will want to come to visit) plus also be a charitable member of the communities where they are located.

Animated Lighting was approached about the possibility of making their car washes more fun both at Christmas but also year-round. Delta Sonic decided to start with their Naperville, IL location and see what the response might be.

We traveled to Naperville, IL and met with local and corporate management. We discussed their vision for a Christmas display as well as how to make the car wash more fun year-round. We took dozens of photos. Here are just a few of these: 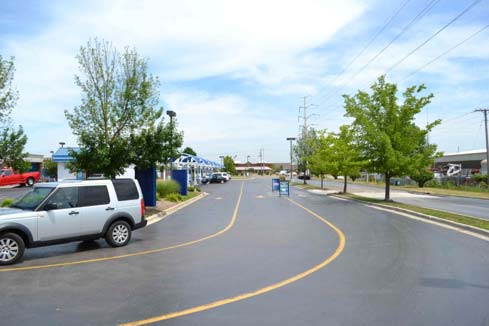 This is a view of where the cars line up to go through the car wash (two lanes).

A car enters the car wash (in case you have never been to a car wash before). 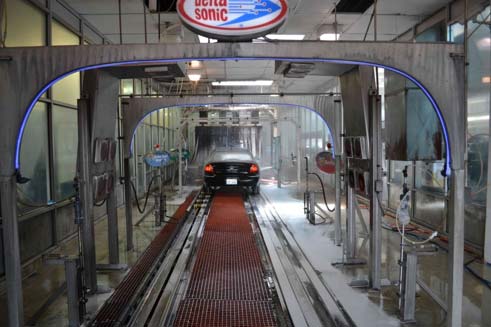 Inside the car wash. Notice that they installed blue rope light on the various stations. This was their initial thought of making the car wash “fun”. That was before we got involved.

After you leave the car wash. The area to the left is where they dry your car. Big (but typical) car wash.

We think it was very cool, fun and exciting. Check out these photos: 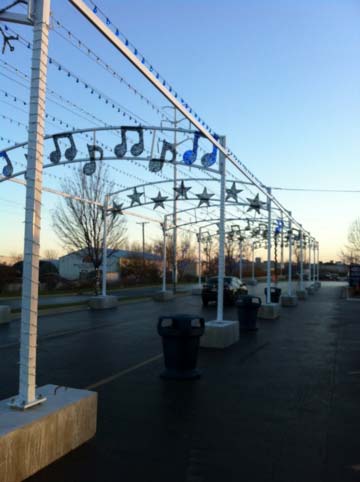 Above is a photo of the Qty. 9 arches illuminated with Stars, Snowflakes and Music Notes. LED light strings were run from each arch to add to the festive mood (they also danced to the music). 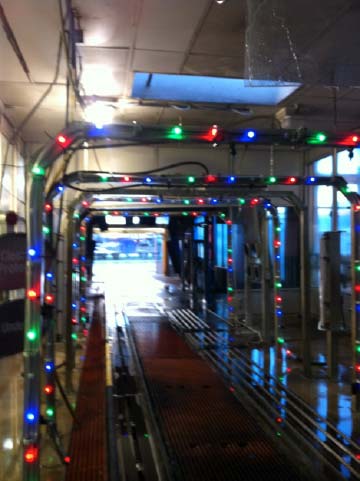 The above picture shows the dramatic difference of the old blue rope light vs. the new RGB Pixel Strings. 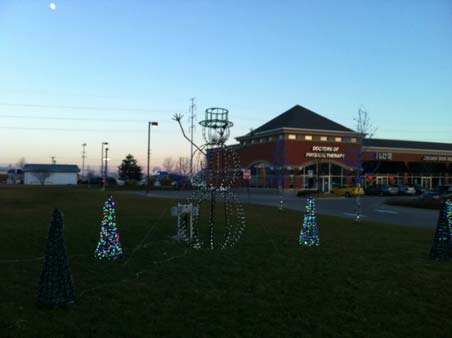 The above picture shows the display of the Animated Snowman plus several of our Mini Trees.

The Delta Sonic Light Show was actually three displays in one (the show with the Arches, the show inside the car wash, the show after the cars left the car wash).

Well over 10,000 cars have gone through the display in the past two years. In addition the RGB Pixel strings inside the car wash are used daily to entertain the people inside the car. They have Party songs that play when it is not in the Christmas season ('Thriller' by Michael Jackson, etc).

Animated Lighting is working with Delta Sonic corporate to expand this display to multiple locations for 2014 and beyond.

Other Articles in This Series