The requirements included it had to be 40 feet wide, use the latest generation LEDs, and be animated so the lights looked like they were writing the letters in a slow script.

With some help from Animated Lighting, the sign ended up with 1022 individual LEDs controlled by 252 circuits. Below are some details of the installation as the park prepared for Opening Day 2008. 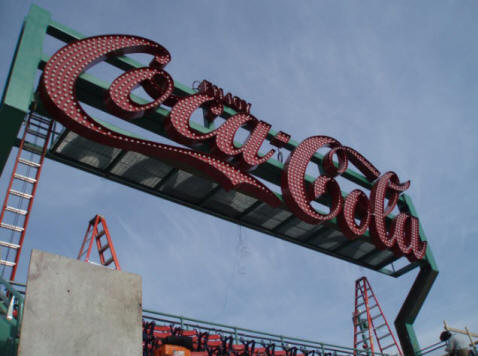 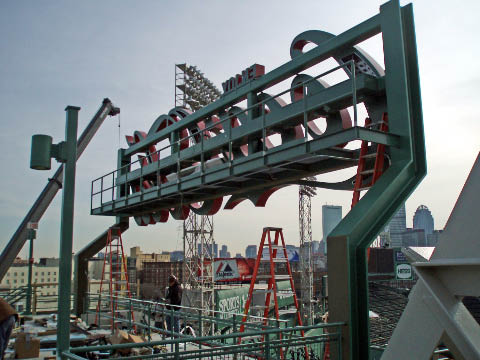 Back of Coke sign. Catwalk is on new fifth floor of this part of stadium and about 20 feet off the concrete. Access is by extension ladder. 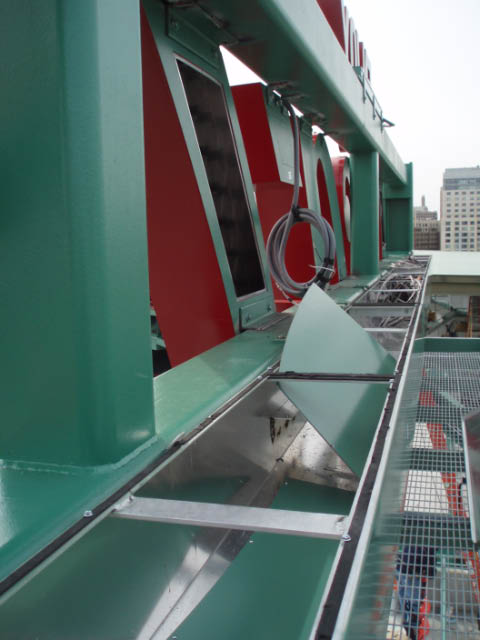 Behind sign on catwalk. Wiring tray access panels removed as well as some rear covers of letters. No light controllers are installed yet.

From the fifth floor control room to right of home plate. Look carefully and you'll see the Coke sign between the two light towers. 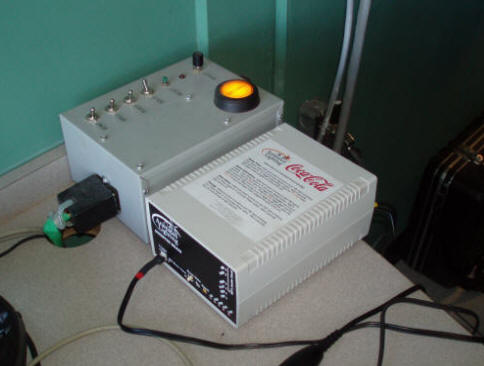 Inside the control room. The gray box in back is to control the John Hancock sign above the scoreboard. An Animated Lighting Monster Brain is right next to John Hancock control to take care of the Coke sign automation. 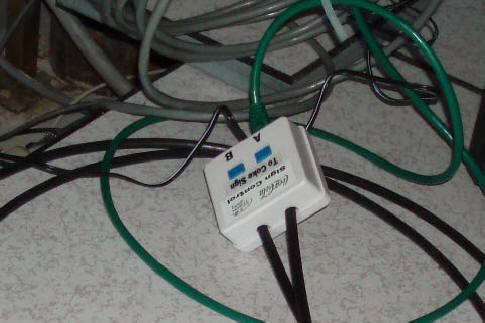 This is underneath the table where the Monster Brain is located in the control room 1100 feet away from the actual sign. This is a raised floor environment. The white RJ-45 junction box leads to one in sign where the light controllers are located. 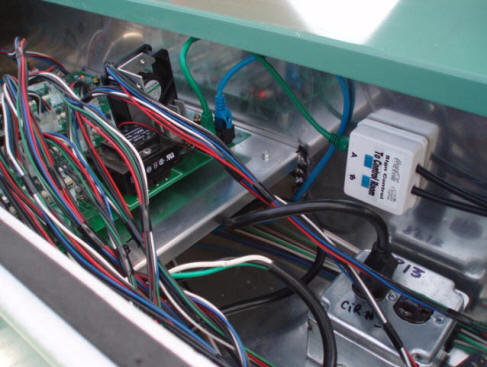 Inside the sign wiring tray on far right (behind the sign.) This is other end of the data cable from the control room. 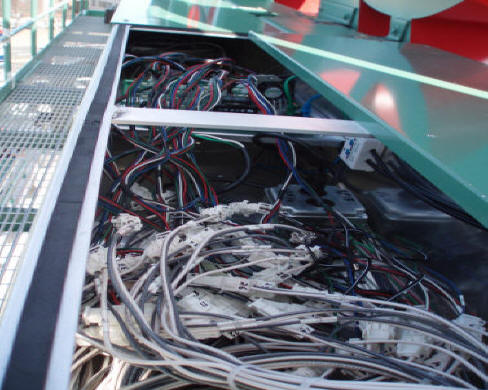 The light controllers are now installed in the wiring tray and connected to the 252 individual light circuits in the sign. This picture is from behind the sign, far right side, behind the "C" in Coca. 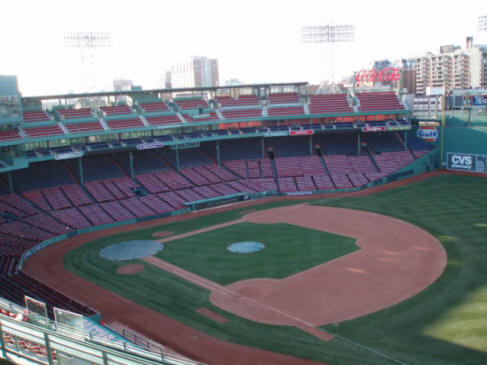 On a sunny day, the fully lit sign is visible to the right of the picture above the Gulf sign.